It is the 31st of December, 2009. The sun is setting on the year, the lifeforce is draining from the decade. Across the globe people are assessing the past and preparing for the future. And newspapers are overflowing with important newsstories like The 10 Best Celebrity Outfits of the Decade.

At this time of year it's obvious what the author of an Oracle Apex blog will write about. Surely it'll be an indepth article on how Apex can take over the world in the next decade, replete with annotated footnotes. Or maybe I'll write exhaustively about Apex 4.0, outlining the bright future it heralds for all Apex developers or bemoaning it as an opportunity lost. Right? Right? Wrong.

[By the way, in case there are any journalists reading, the most important celebrity outfit of the decade was the Versace dress Jennifer Lopez wore to the Grammy's in 2000 because it declared that the new decade would be one of daring, outrageous fashion. Trust me, I know these things (because I just read it in Cosmopolitan magazine).]

Instead, I'd like to talk about the technology that has bookended the decade for me. In 2000 I got my first job developing with Oracle Forms 4.5, and these past few months, instead of developing in Apex, I have been converting my company's (massive) Oracle Forms application from client/server to the web.

I know I've been very disparaging of Oracle Forms in this blog - but you know what? It's been an utter joy. I and my team were able to transform the application from drab to fab (I'm quoting Cosmo again. Sorry).

We've taken it from this: 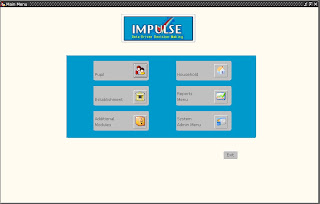 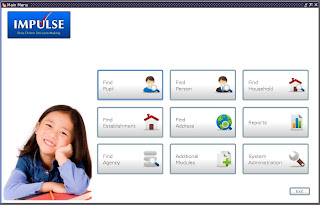 Along the way we cursed Oracle (again) for their shambolic documentation (want to read up about set_custom_property? Well, tough!). Eventually, we discovered that the internet (especially The Forms Look and Feel Project, the PJC Community and FRITE) was our best resource. Oftentimes we had to scale back our ambitions (giving our canvases a nice textured look made the form flicker unacceptably when loading). But eventually, we ended up with a product that we are proud of.

I won't go into further detail because this is, after all, an Oracle Apex blog - and Tiger Woods has taught me that it's not wise to publicly cheat on your first love. However, if you are interested in modernising your Oracle Forms do feel free to drop me an email.

So in conclusion, if I was given a choice between moving client/server forms to Apex or Oracle web forms, what would I choose? It depends. Moving them to Oracle web forms is definitely easier and you will end up with a product that you'll be proud of. But. But it'll still be an applet (uurgh!) and I still believe that Apex is more future-proof. Yes, Oracle Forms has opened the door to the world of Java, but Oracle Apex opens the door to the whole world.

Somehow I think that come 2019, I'm more likely to be writing about Apex. Forms will be forgotten.

EDIT: This story appeared in the British Guardian newspaper a couple of days after I first wrote this post. Hmm, maybe fashion journalists do read this blog after all!
Posted by David Njoku at 14:20
Email ThisBlogThis!Share to TwitterShare to FacebookShare to Pinterest

The new main screen looks really nice! Interesting how much difference a smiling person can make!

"...giving our canvases a nice textured look made the form flicker unacceptably when loading..."

Thank you very much for all the LaF work you've done. It made our lives unimaginably easier and has probably extended the life of our application by years.

David Njoku
Bracknell, Berkshire, United Kingdom
I am a database developer with over a decade's worth of experience with Oracle technologies, especially Forms and Apex. Links to the various things I do on the web can be found here.